Sometimes as a coach, you need to be like Elsa from the Disney movie Frozen, and Let It Go! That’s right, just Let It Go.  All the technique flaws your coach’s eye is picking up, you do not need to address them at this time, you and your athlete might do better if you just, Let It Go!  (FYI: We are both Dads to girls under 4… Hence our in-depth knowledge of Frozen… We felt a need to make that clear… just saying) It is OK, and sometimes a must, to let your trainees practice complex fitness exercises with what would be considered poor technique.  Before the internet fitness police come and hunt me down, please let me elaborate.

Think about youth sports in this country.  There are many kids who play organized sports from a young age.  However, even at their pinnacle as an athlete, very few of these kids will build sports skills that are refined enough to be considered exceptional.  At their age none of them do sports or athletic skills at a high level, and most of them are done poorly.  Go to the park and watch a group of 12-year-old kids play basketball.  While the majority can exhibit the necessary level of skills to play a game, there will be frequent inconsistencies and mistakes. 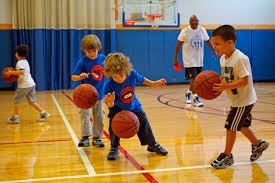 Check out a high school JV cross-country race and take a look at the running form or go to a high school track and field meet and watch the field events.  The running, jumping and throwing skill you see will be full of errors, due mostly to a small window of experience, but also poor strength and fitness.

Do we make these kids stop playing or competing because they do not perform sports skills well or have the requisite fitness level?  Of course not!  What do coaches of youth and high school sports do if they recognize poor skills being performed?  For the most part, they Let It Go!  They have to let poorly performed jump shots and baseball swings go or they will never be able to play a game.  The entire skill must be performed, as full of holes as it might be, to get better at it. When it comes to youth sports, people generally understand that improvements take a long time to accrue and we faithfully give coaches a lot of leeway to make our young athletes better over time.  We need to understand this happens in the weight room too.

“The Elsa Method” of purposefully letting things go isn’t only for your trainee’s sake, but also for yours.  Don’t put so much pressure on yourself as a coach to make someone perfect in short order. It once took me two years to get an Olympic weightlifter to consistently squat below parallel.  He had some flexibility and strength issues, that eventually resolved over time due to proper cueing, proper intensity, and continued practice.  Some of my other athletes have taken the same amount of time to keep their arms straight on cleans and snatches.  With proper drills, training loads, and well-timed and clearly understood cues, most of them eventually get it. As the coach, it is your job to understand what your trainee responds well to and which drills lead to the most technical improvement for that individual. It’s also your job to make sure ego (both yours and your client) does not overtake their physical capabilities and current skill level.

Recently, when discussing the idea of letting things go, I received an anecdote from a coaching colleague of mine, that will help illustrate what can happen if you are overreaching a trainee’s skill level.  This coach was having his client deadlift.   The client was doing the deadlifts very well.  The back was neutral and they were successfully loading tension into the body/bar system.  The bar path was on point, the hip hinge was flawless and the sequencing of muscle action was spot on.  But the brea

thing…the breathing was not exactly perfect. She was not filling air into her belly optimally. So, instead of just being happy with all that was going right, he tried to coach her into make the breathing pattern more optimal.  This is where the ice castle crumbled to the ground.  The sequencing became choppy, the hinge got worse, the loading of tension into the bar disappeared, and the performance of an exercise that was nearly perfect, became terrible.

Luckily this coach was seasoned enough to realize the error of his way, and Let

Go of his attempt change the breathing by telling his client to forget every cue he just gave her, and go back to what she was doing before.  It was outside of the client’s ability to perform the new breathing pattern AND deadlift correctly.  Now the coach knows where her limits are and that he has to introduce the breathing skill separately before adding it to the deadlifts.

Technique errors need to be fixed to the best of your ability, but it can’t be done all at once.  Poor movement skills in beginners is usually just a lack of experience, and it can take a lot of time for someone to learn and master new skills.  We’ve written on the blog before about how the body creates myelin and make physiological changes in the nervous system to literally build skills.  This process takes time, and it is worth it to take the time.  In the next two installments of this three-part coaching series, we will talk about how and when to use coaching cues.  In the meantime, if you come across a new trainee that struggling to pick up a new skill, focus on one piece at a time, and for everything else that is going wrong, be like Elsa, and just Let It Go!